Charles A. Savarin was elected President of the Commonwealth of Dominica by the House of Assembly on Monday, September 30, 2013 in accordance with the provisions of Section 19 of the Constitution of the Commonwealth of Dominica. He comes to the office of President after a long and distinguished career as a teacher, trade unionist, parliamentarian, diplomat and government minister.

Mr Savarin served as a Senator in the parliament during the Interim Government (1979-1980); during the first term of the Dame Eugenia Charles, Dominica Freedom Party administration (1980-1985); and during the Dominica Labour Party government (2005-2013).

Mr Savarin has also served Dominica with distinction at the diplomatic level, first as Minister Counsellor/Dominica High Commission to the United Kingdom (1985-1986). In 1986, Mr Savarin was appointed Ambassador/Permanent Representative to the European Union, Ambassador to the Kingdom of Belgium, the Grand Duchy of Luxembourg and the Swiss Federation. He was also the Permanent Representative to the United Nations Office in Geneva and principal ambassadorial spokesman for African-Caribbean and Pacific States ACP, on bananas. As principal ACP negotiator he was instrumental in the successful negotiation of the new Banana Import Regime, EU Regulation 404 of 1993, which secured special preferential access conditions for ACP bananas entering the European Single Market.

Upon his return to Dominica Mr Savarin served as General Manager of the National Development Corporation from 1993 until his resignation in 1995 when he was elected Parliamentary Representative for the Roseau Central Constituency. He was re-elected in 2000 serving till 2005. He was also Political Leader of the Dominica Freedom Party (1996-2006).

Mr Savarin served as a teacher at the Dominica Grammar School (1963-1970). He was also one of the most influential leaders of the trade union movement of the modern era during his stint as General Secretary of the Civil Service Association (1966-1983).

Charles Angelo Savarin was born in the town of Portsmouth, is married and has five children. He is a devout catholic and attended the St. John’s Primary School, the Dominica Grammar School and Ruskin College, Oxford, England. He has professional training in industrial relations, development studies and international relations from the United Kingdom and Germany. 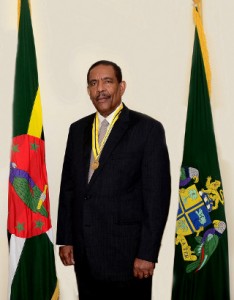