The Honourable Roosevelt Skerrit, Prime Minister of the Commonwealth of Dominica met on 27th January with the Minister of Maritime Affairs and Insular Policy, Mr. Panagiotis Kouroumplis, as part of his work visit to Greece. The purpose of the meeting was to explore possibilities of cooperation between the two countries on issues of mutual maritime and commercial interest, both bilaterally and internationally. 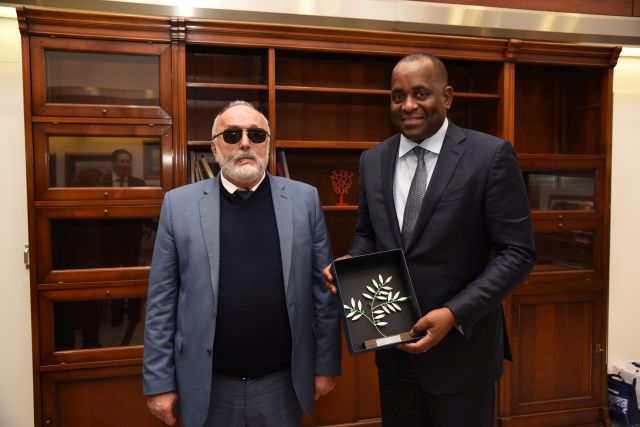 The Honourable Roosevelt Skerrit noted the priority Dominica attaches to the enhancing of maritime relations with Greece, prefixing signing bilateral contractual agreements that will contribute to this. In addition, PM Skerrit referred to the active participation of Dominica in the Caribbean Community (CARICOM) and the key points of interest in the maritime transport sector of the abovementioned regional formation. 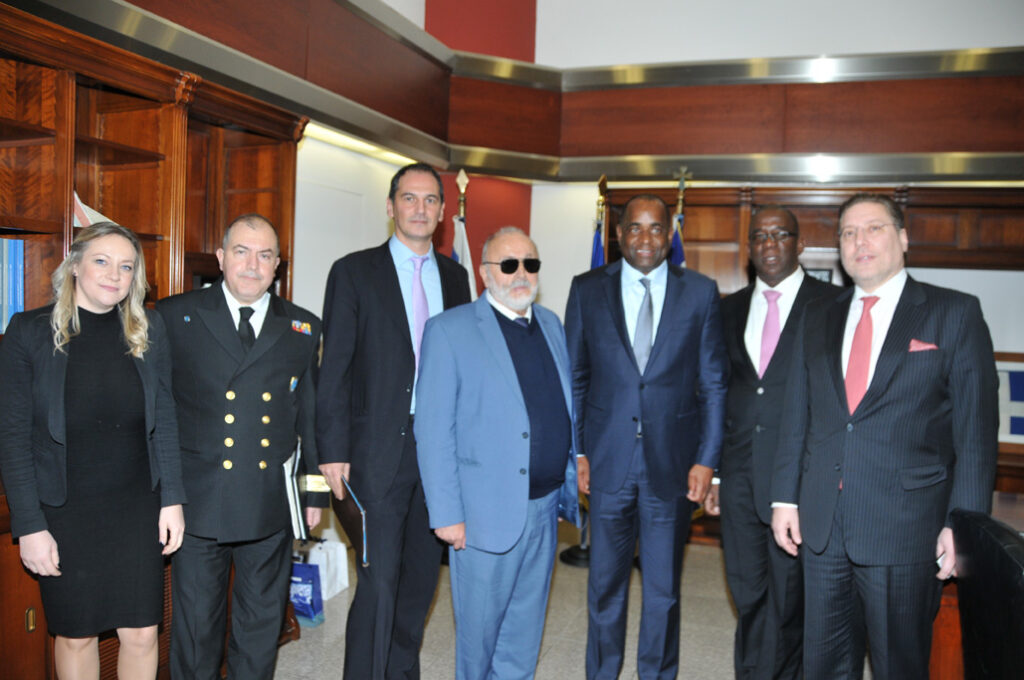 Minister Kouroumblis referred to the leading role of Greece in the global shipping industry. In addition, he stressed out the interest of Greece to shape maritime ties with Dominica. Finally, he referred to the possibility of strengthening the two countries’ cooperation ties within the International Maritime Organization (IMO), which both countries are members.

The meeting ended in an excellent climate, with the two sides agreeing to strengthen their bilateral cooperation on issues of mutual maritime and economic interest.